We started vermicomposting sometime in July 2022. We ordered our worms from Uncle Jim’s and set up a bin using a Rubbermaid container. I would definitely recommend that method as an entry point for people. It’s low cost—especially if you have spare Rubbermaid containers sitting around—and it’s a great way to recycle kitchen scraps and junk mail. There are plenty of YouTube videos for reference.

Vermicomposting and regular composting use pretty much the same rules on what kitchen scraps can be used. And you’ll need lots of bedding, which are basically the “browns” you may be familiar with from composting. Much of our bedding now is shredded junk mail and other paper.

Unfortunately we’ve had some trouble with the Rubbermaid bin method. Our worm friends seemed unhappy, trying to leave the bin whenever a light wasn’t on them. (The worms will burrow into the bedding to get away from light.) When we did turn a light on them to try to get them to stay in the bin, that dried out the bedding, which of course made them more unhappy. Vicious circle.

Now, to be clear, I think was mostly caused by our own mistakes—and possibly some limitations of the container itself. The problem is that I don’t know enough to be able to separate cause and effect here. I don’t think we were using enough bedding. We have since learned that you need to add a 2:1 ratio of bedding to food every time you add food to the bin. Also, I think we were relying too much on coconut coir and hand-shredded cardboard for bedding. Not that those don’t work, but it seems that shredded paper is even better.

So over the past several weeks we have moved from using a Rubbermaid bin to an Urban Worm Bag. The obvious downside to this change is that the Urban Worm Bag costs more money. I hate throwing money at problems because that feels like more of the usual American consumerism. On the other hand, we had committed to doing this and our worm friends did not seem happy.

The good news is that the Urban Worm Bag is working splendidly. We have not actually harvested castings from it yet (probably in January) but the system for doing so makes more sense. The bedding has stayed moist with virtually no help from us. Most importantly, the worms seem happy. We have not seen a single one crawling up the side, trying to escape. They also seem more active.

So how much of this wormly beatitude is due to our change in volume and type of bedding and how much to the Urban Worm Bag? Since we did not approach it scientifically, I can’t say. I suspect it is both. I do think the Urban Worm Bag will make it easier to harvest worm castings but that will have to wait for another update. 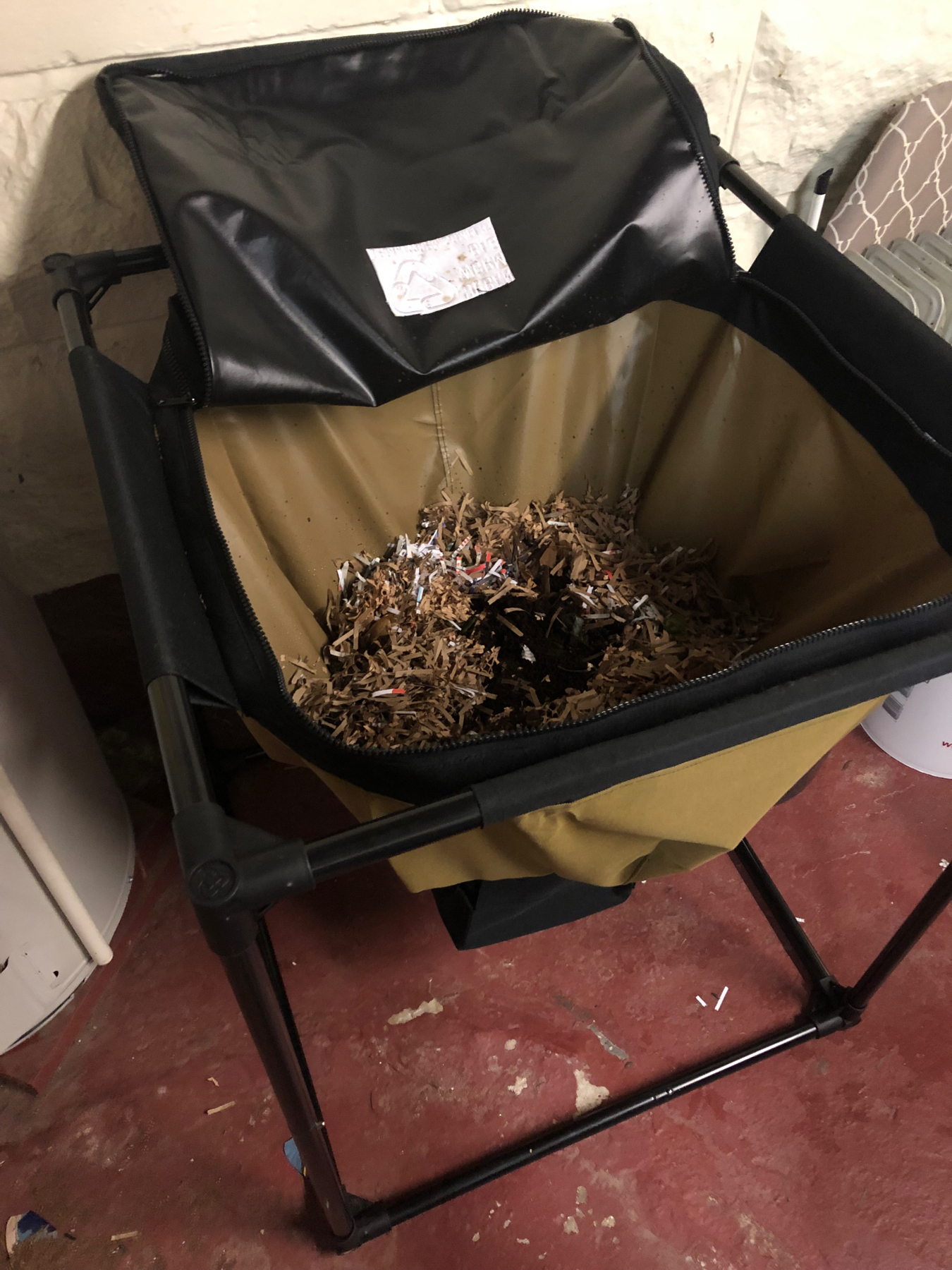 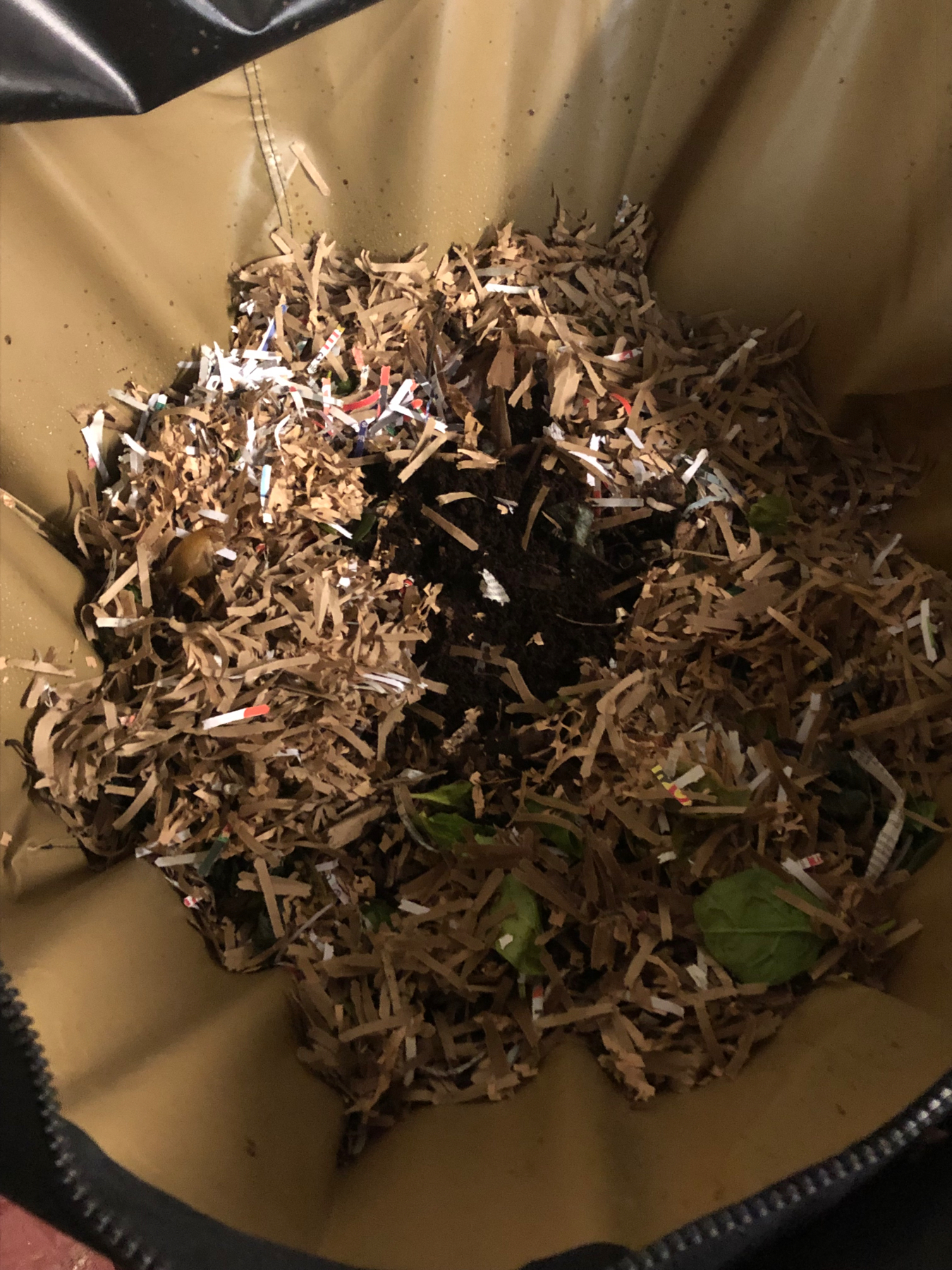