We must uncenter our minds from ourselves;
We must unhumanize our views a little

But how is this to be done? One way is surely as a philosophical practice that builds ways of thinking with the more-than-human world instead of thinking about it. That is essential.

Yet for those of us who tend to live too much in our own heads, what practical actions can be taken?

In discussing Bill Mollison’s statement “everything gardens,” Gordon White explains that permaculture aims to mimic forests in the way it builds and stacks and interconnects systems: “running chickens and geese through and orchard to control insects in fallen fruit and fertilise the soil, having bird systems follow ruminant systems on pasture to spread the manure and break the maggot/fly cycle.”

But if this is successfully brought about then what is actually happening is that the human is being decentred. The whole project becomes the sort of trans-species collaboration Donna Haraway and Bayo Akomolafe are talking about–and this holds true on any scale from a broad acre cattle ranch to an aquaculture setup on an apartment balcony.

Here is a practical way to “uncenter our minds from ourselves”: trans-species collaboration. To consciously work alongside the more-than-human world in whatever way presents itself to you. Recognizing and respecting the agency of the beings around you–from the charismatic megafauna to your plants to the soil itself–is a step toward right relations.

In response to Jean, sharing my favorite picture of the Oregon coastline from our (best) vacation (ever) last year 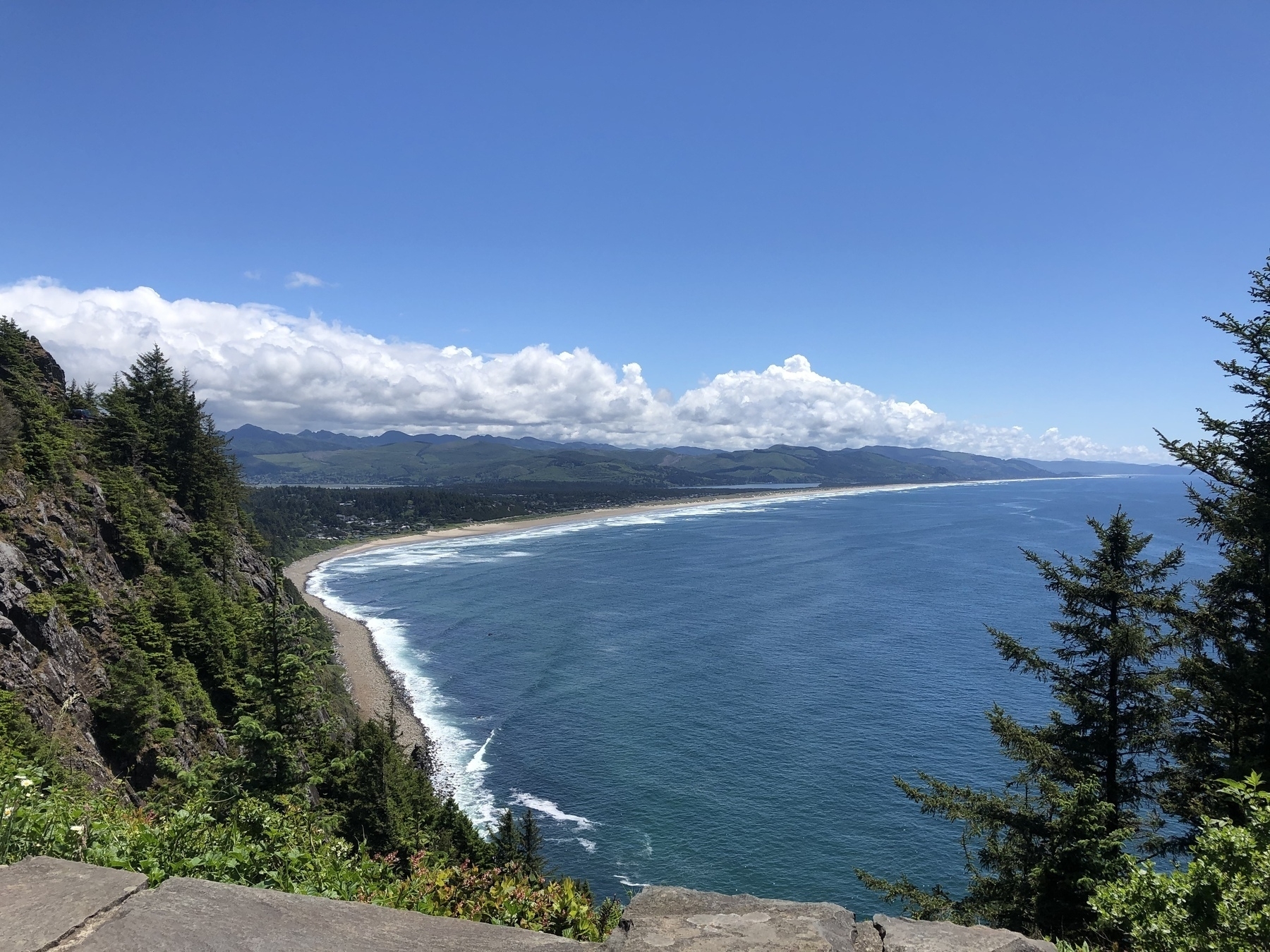 Gray, beautiful Oregon coast evening. I’m on a short visit until Wednesday, but still popping into my microblog to post photos. In the course of this article on future agricultural possibilities that actually build the soil, George Monbiot passes on some interesting facts about plant interaction with soil. Plants release between 11% and 40% of the sugars they make into the soil, into the area around the plant called the rhizosphere. These released sugars activate bacteria in the rhizosphere needed for the plant’s health and growth. The rhizosphere acts as an “external gut” for the plant.

About three weeks ago, a friend asked me if I wanted to help him keep bees–to which, of course, I said yes. The bees live on his property, which is much more spacious and near bee amenities like woods, water, crops and flowers. And so we set up our first hive. And then (a day after I posted about wanting expand the web of relations in my life), a wild swarm showed up at my friend’s house. 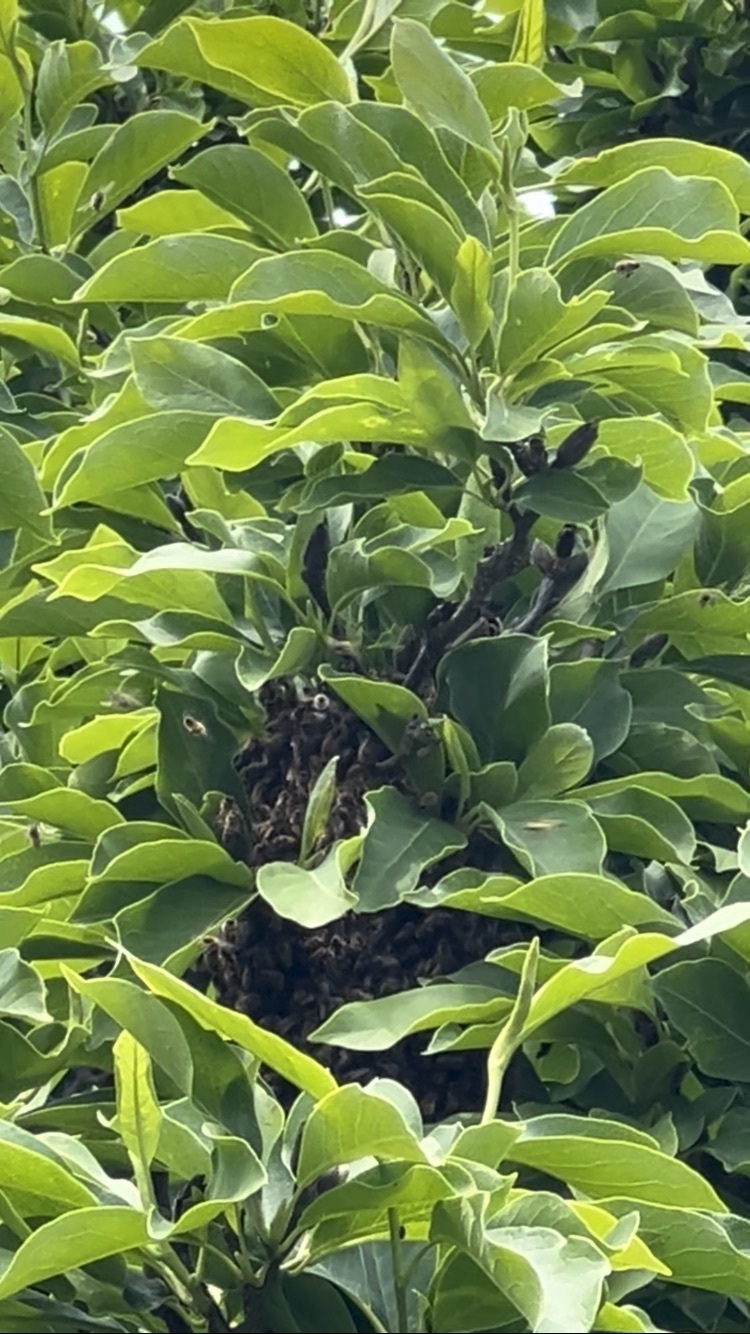 So we called in a beekeeper with a lot of experience, who cut the branch off and dropped the bees into a new hive. So now, free of charge, we have two hives. 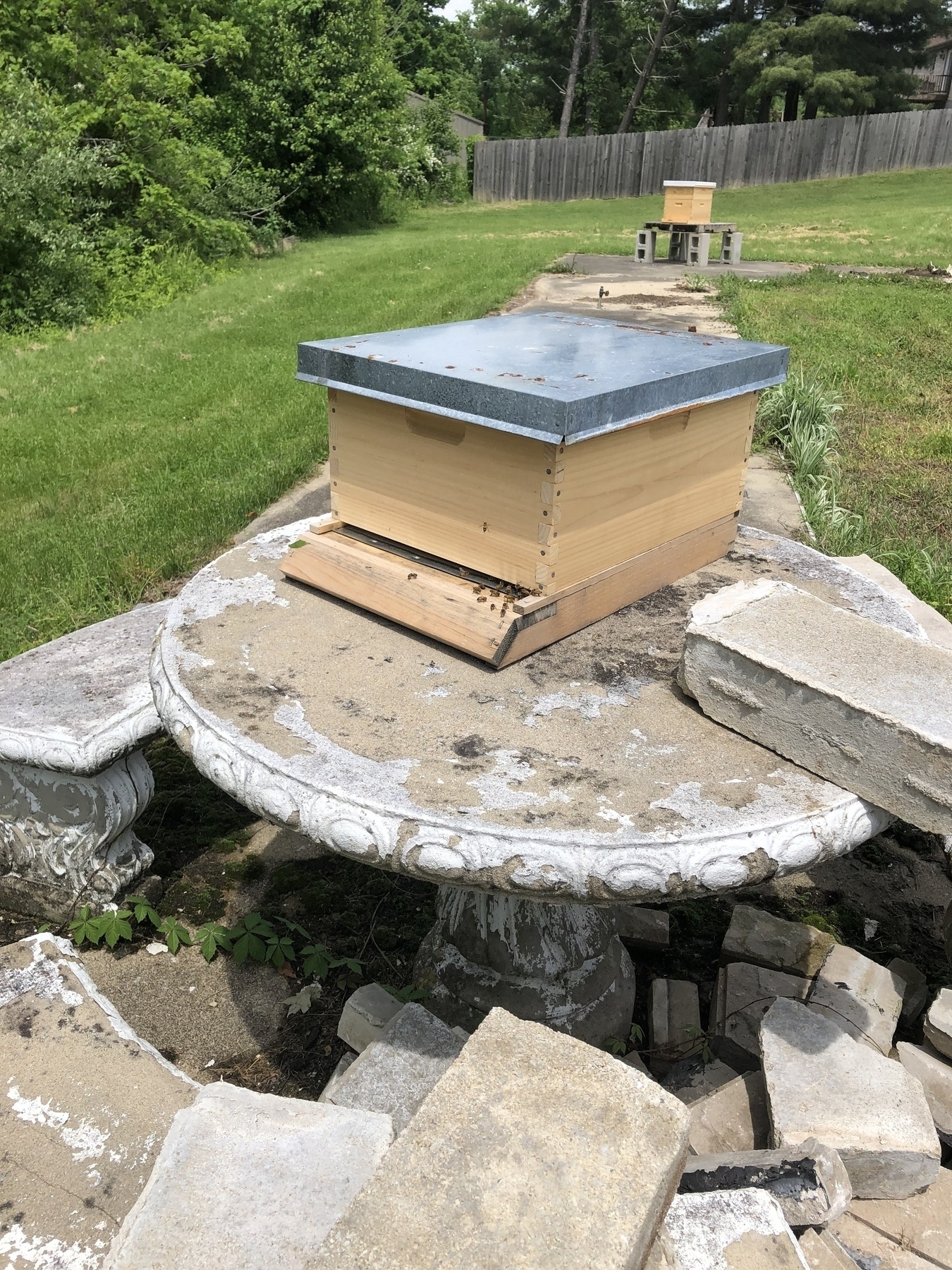 I’m taking a beekeeping class online (read faster, Jeremy!) and gathering up the essentials for this new hive (which will sit on a pallet like the other one). So we’re scrambling a bit but it’s going to be fun. Better pictures of the bees themselves to come.

Hear me out: octopuses are aliens.

I’ve emphasized below an essential line from Gordon White’s interview with Tyson Yunkaporta:

Gordon White: “What are the hallmarks of indigenous thinking?”

Tyson Yunkaporta: “It’s an externalized psycho-technology that exists in your unique web of relations. Your thinking and your knowledge sits in the relational space between you and others. Not just with humans but with non-humans, places, landforms, and all the people that you’re in relation to. You have this beautiful set of relations sitting there, waiting for you to engage with it. Your prime directive is to increase relatedness in that system that you’re the center of. To beautify the relational space with knowledge you’ve built together.”

That lies behind–especially this year–my attempts at native plant gardening and planting for pollinators. A large number of beings inhabit, frequent, or pass through our tiny city lot. Everything from microbes in the soil to earthworms to snails to mushrooms to strawberries to birds to cats. (Haven’t seen any rabbits this year though.) Our one-tenth of an acre consists of a whole network of relations.

Native planting is a way of planting for pollinators that attempts to work within an already-established web of relations, that of the species that evolved together within an ecosystem. This is, to be clear, not a moral judgment about plants such that “native” is good and “non-native” is bad. It is simply leveraging existing relationships. Also, “native” is a somewhat arbitrary category: how long should a species live within an ecosystem before it counts as native? In any case, native planting specifically strives to avoid invasive species, i.e., aggressive species that crowd out native species and decrease diversity.

A few days ago I found pleated inkcap mushrooms in my raised beds. I took this as a good sign that the soil–which sits on brick, not the ground–is becoming more complex. More beings inhabiting our yard. An increase in relatedness.

I want to encourage this, so I’m going to make another attempt at composting. Take the food left over from the humans, combine it with grass clippings (finally the lawn becomes useful!) and other bits of what would be considered trash, add in time and solar energy, and you have recaptured nutrients that otherwise would have been dispersed. You have built soil and relationality.

Waiting for An Evening with Neil Gaiman 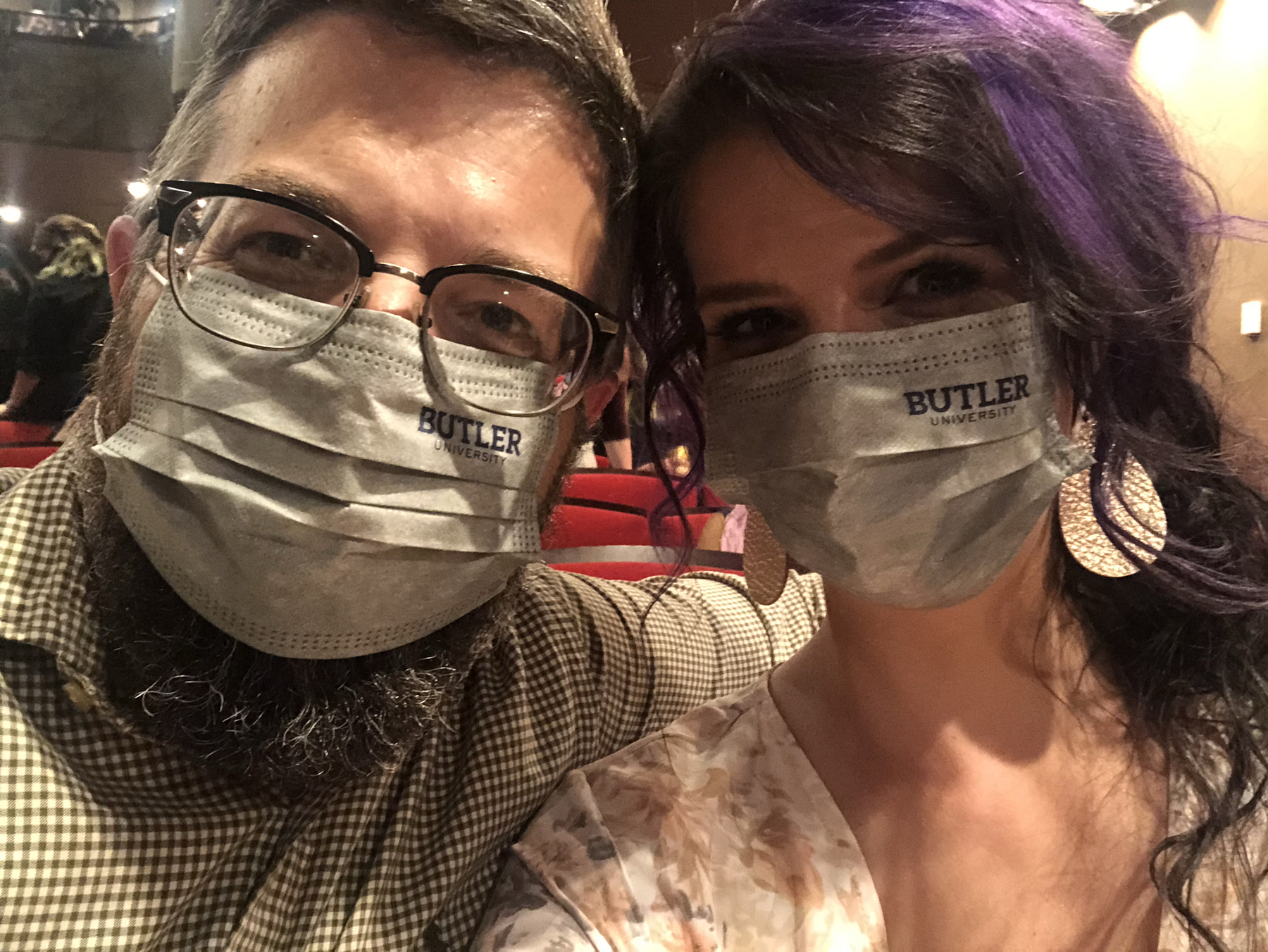 I can’t decide if I love or hate this marketing gimmick. But in its spirit, here’s a free idea for milk companies: SolarMilk. Milk produced by solar-powered cows. Not Your Father’s Milk (But Probably Your Grandfather’s). 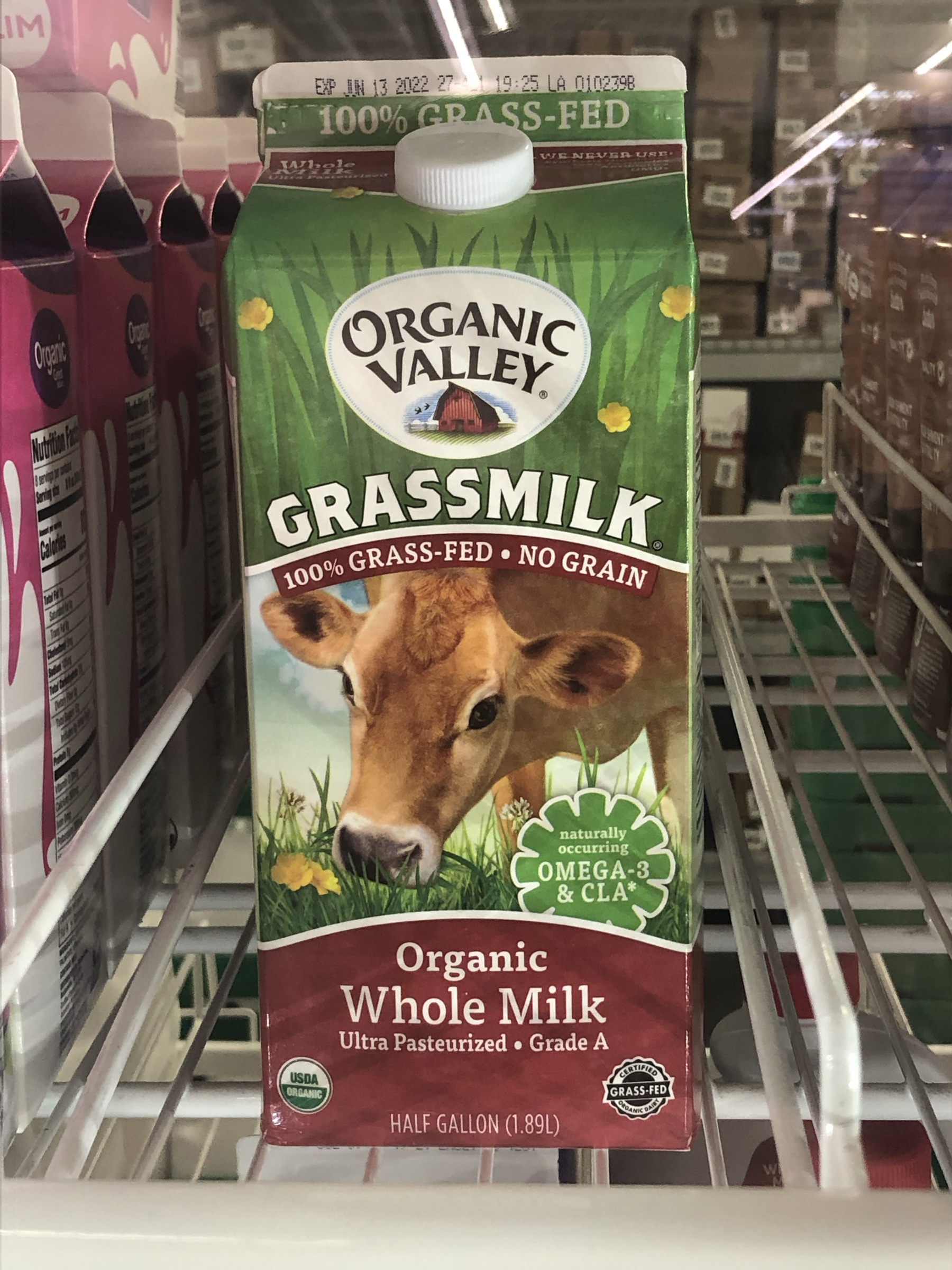 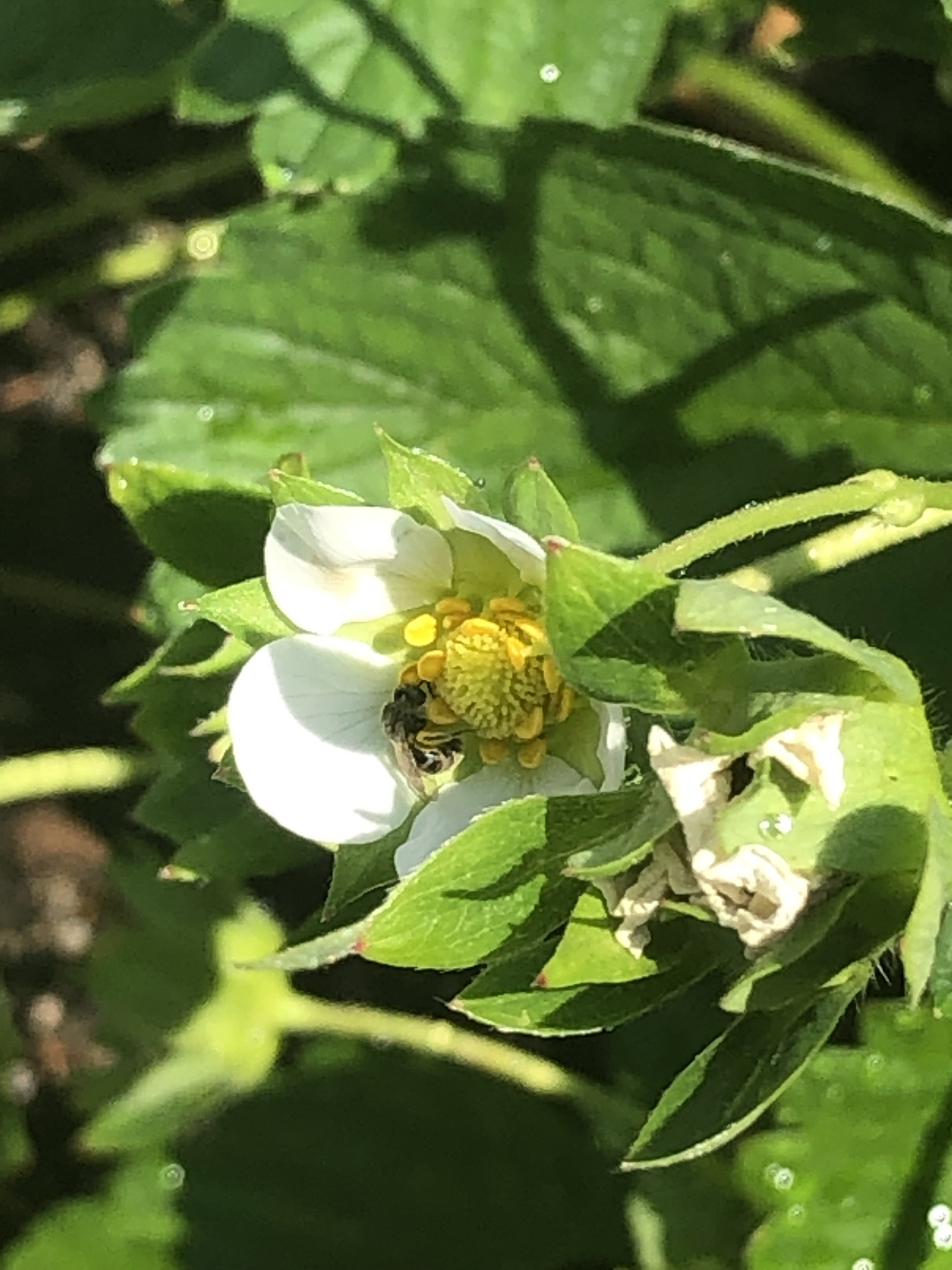