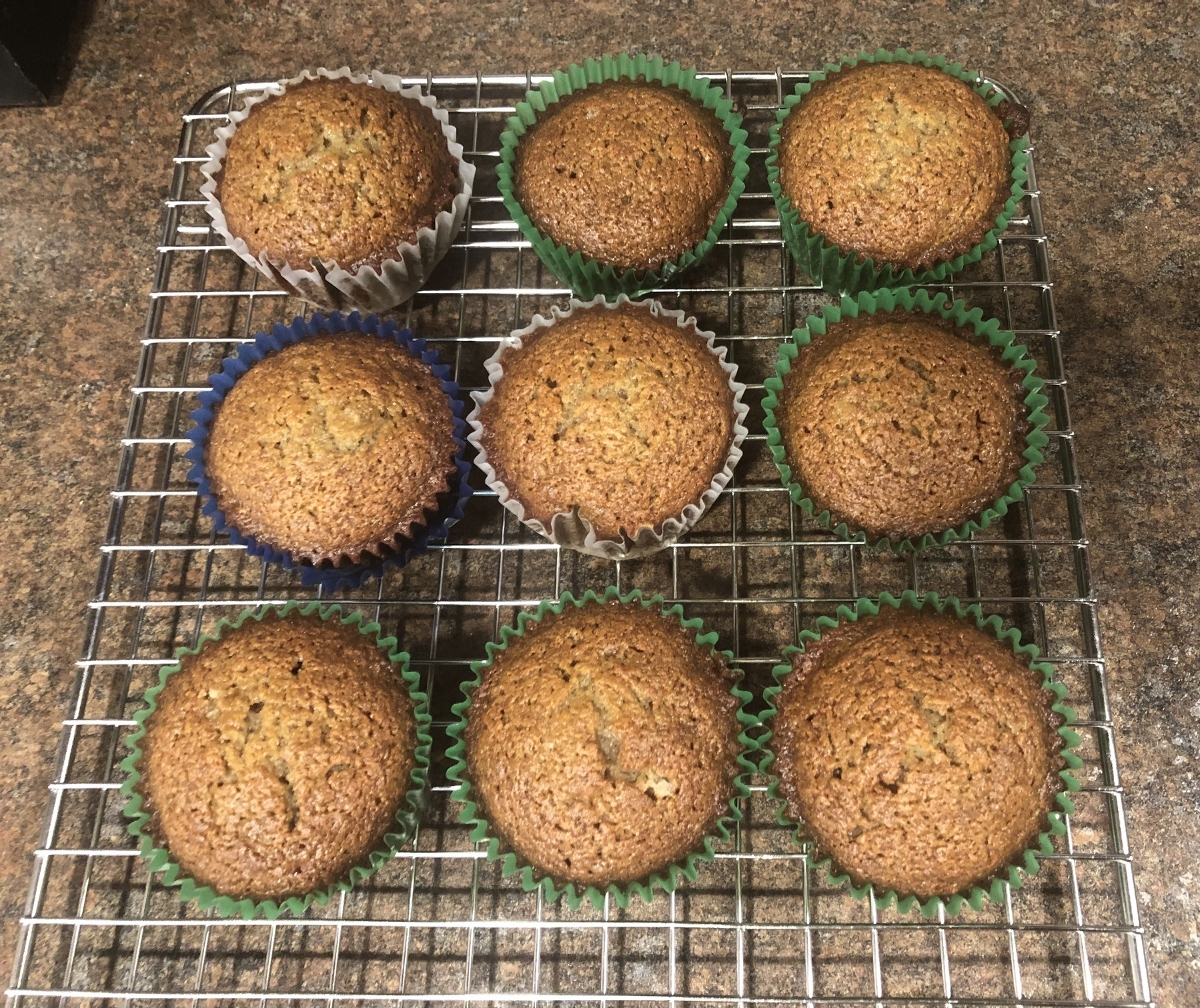 I made some pawpaw muffins this morning using this recipe. I would have liked them to have a stronger pawpaw flavor, so maybe the pulp should be increased. (I cut everything in half because I didn’t have enough unfrozen pulp to make the whole recipe.) The recipe is actually for bread but I had a notion to make muffins instead so I used this article as a reference for how to convert a quick bread recipe into muffins — basically increase the heat and decrease the time.

Pawpaws are the largest edible fruit native to North America. They’re often described as a mix of banana and mango flavors. This National Park Service article describes the tree and fruit and says the trees are becoming increasingly dominant in the understory because deer do not like them. An interesting case of the interrelatedness of the ecosystem: as deer population increases due to a decrease in predators, pawpaw trees increase because deer don’t eat them and instead eat other species. As pawpaw trees increase, the NPS says, the forest canopy may become more patchy or shorten (see the article for the reasons why).