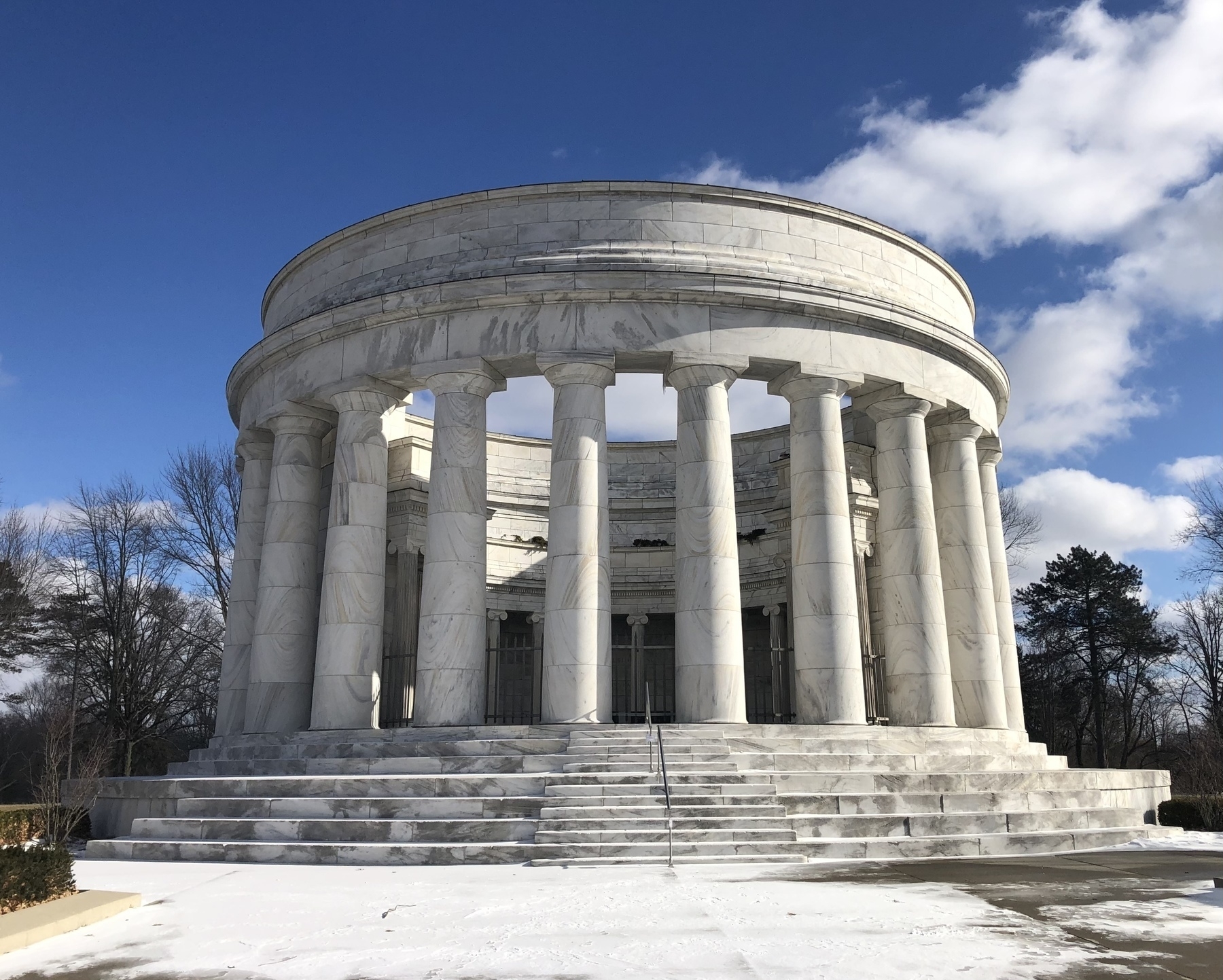 Yesterday a friend and I visited the Warren G. Harding Presidential Sites in Marion, OH - mainly because it was about halfway between the two of us. Harding is not one of our most illustrious presidents. Although he was popular during his time in office (he died in 1923 before finishing his first term), corruption and multiple extra-marital affairs were later revealed that tarnished his reputation. The historical information at the site is clearly trying to rehabilitate him: there is more information in the exhibits about the family pets than the scandals.

What was most interesting to me was that Harding’s home was in a regular neighborhood with nearby houses. It was nice but not particularly large or grand. The ten members of our tour group had to squeeze around each other upstairs. It looked like it could be any of the houses in my own small-town midwestern neighborhood. 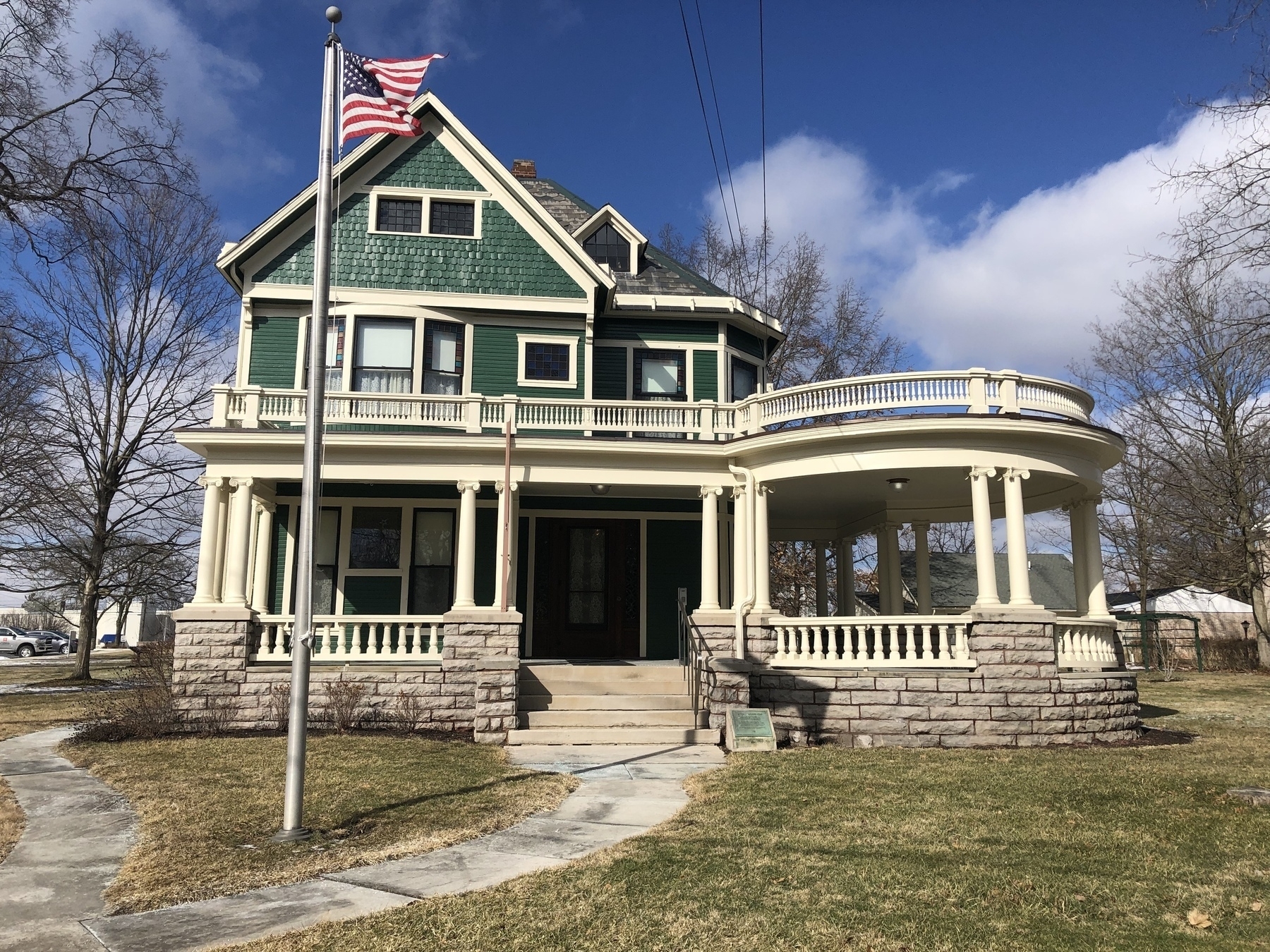 This struck me, I believe, for two reasons. First, because in modern times we associate wealth with US presidents. The Hardings were not poor, to be sure. They were, according to the tour guide, upper middle class. They traveled around the world. To give you a sense of comparison, he ranks 37 of 46 on this listing of US presidents by wealth. All of the presidents in my lifetime have been multimillionaires. The last time we had a president who was not a millionaire (adjusted for inflation) was Harry Truman. Whatever they may say, US presidents have not been, by and large, “just like us.”

The second reason I was struck by the size and location of his home was that he, like three Ohioan presidents before him, ran a “front-porch campaign” for president, that is, voters and delegations of voters came to him and he gave speeches from the front porch of his house. Crowds of up to five or even ten thousand people would gather in his (not large!) front yard. The Republican National Committee headquarters moved into the house next door to him. One of the reasons we have such good records of those front door speeches is that his next door neighbor sat on her front porch and made notes at all of the events. She published them as a newspaper column called “The Girl Next Door.”

Harding doesn’t deserve to be held up as a model for … well, anything really, but visiting the site did remind me of how much the United States presidency has changed over the past century.