Our local public radio station has produced a podcast episode telling the stories of couples who were married in that two-day window. The final story is of a couple from my hometown, which the narrator correctly describes as not the most progressive town in the country.

I remember those two days. We all knew that then-governor Mike Pence would appeal the decision and likely get a temporary stay. But the fact that it had happened in Indiana was truly exciting. On my drive home from work on June 25th, I came across a gay pride flag flying from the top of some apartments in my hometown of Bedford. In Bedford! I was amazed - and took this picture to capture the moment. 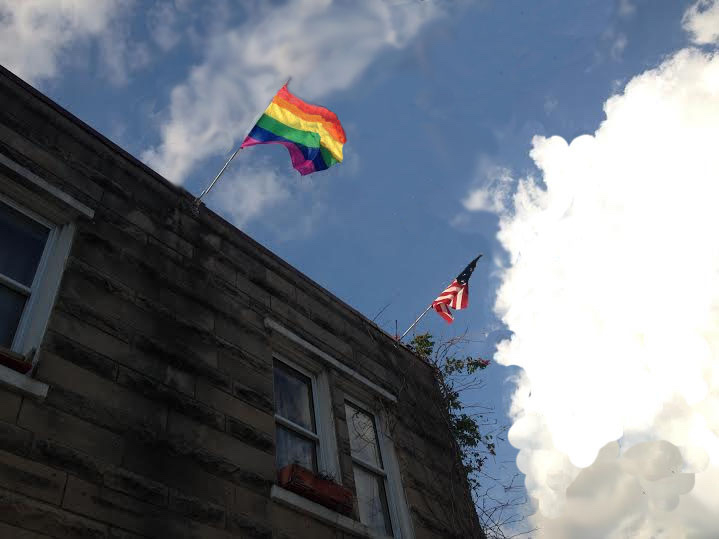